1.Visual impact. Cool pictures give the audience a strong immersive experience, coupled with stereo effects, which can have a strong sense of audio-visual impact.

4.Flexibility .It supports a variety of sources and is very flexible in use. 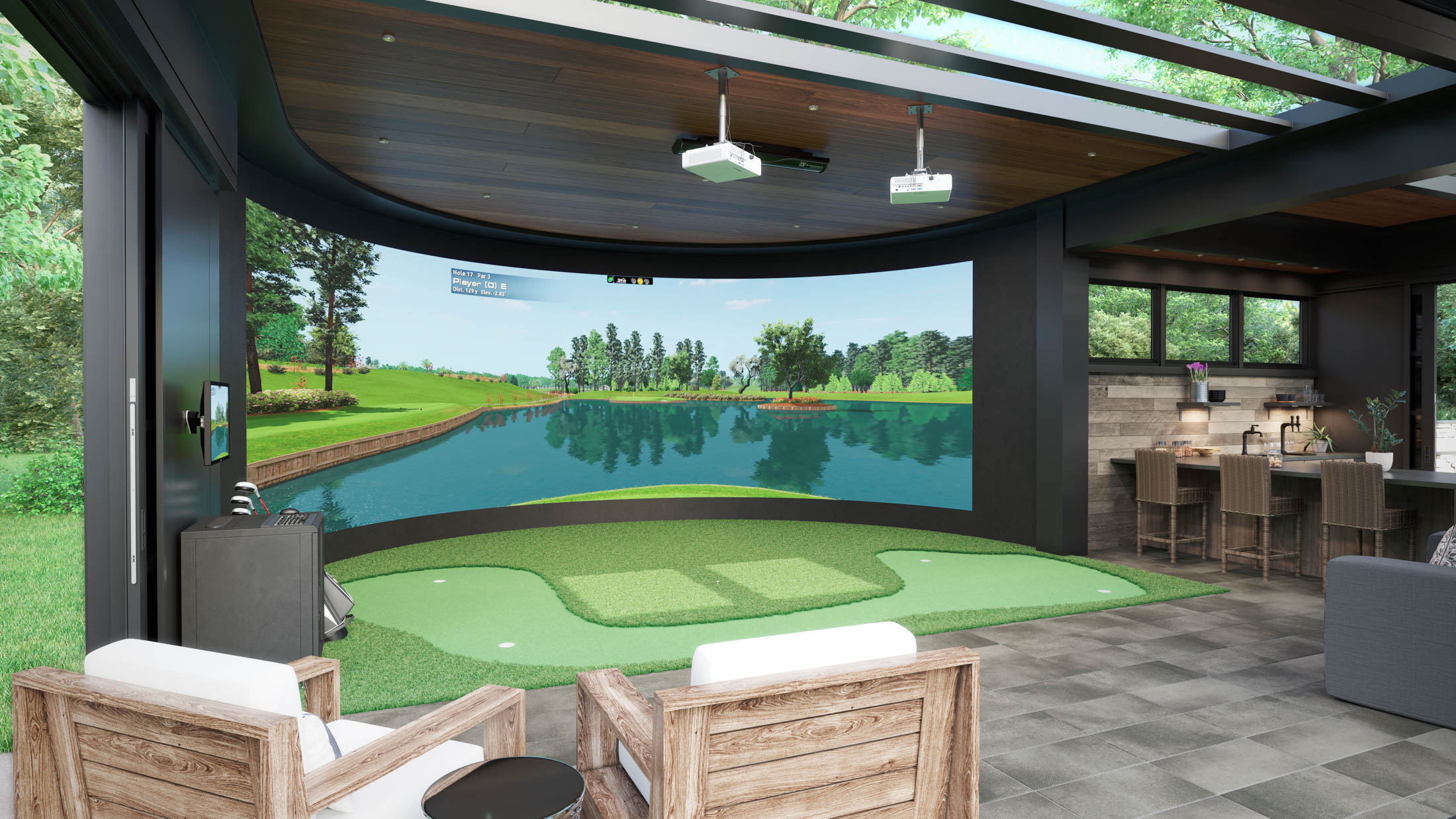 2. You can choose a variety of projection methods, such as rear projection and front projection, which shortens the projection distance.

3.The special projection method greatly enhances the layering of the image.

4.The size can be adjusted according to specific requirements, and the flexibility is strong.

5.Because of the use of multiple projectors and edge fusion technology, the resolution of the picture is higher.

6.Immersive audio-visual experience is unmatched by other projection methods.

8. Showing projected images with high-tech is fashionable and shocking. 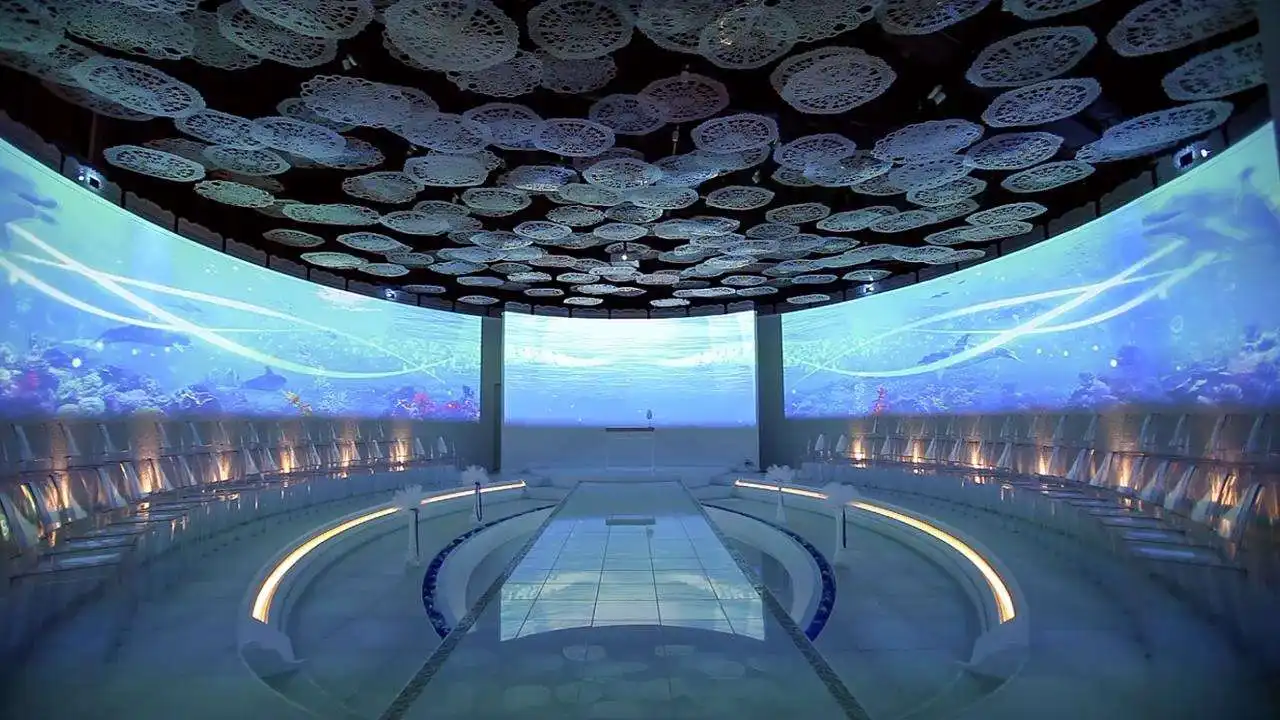 1.Size: The projected picture and area size can be customized according to the customer's needs.

2.Content customization: The projected content can be customized according to the demand effect and the site demand.

3.Interactivity: You can add an interactive system to increase the interactive experience effect of the Sky-screen  projection.

4.Shocking effect: The combination of projection picture and stereo surround sound can create a more realistic and shocking visual effect. 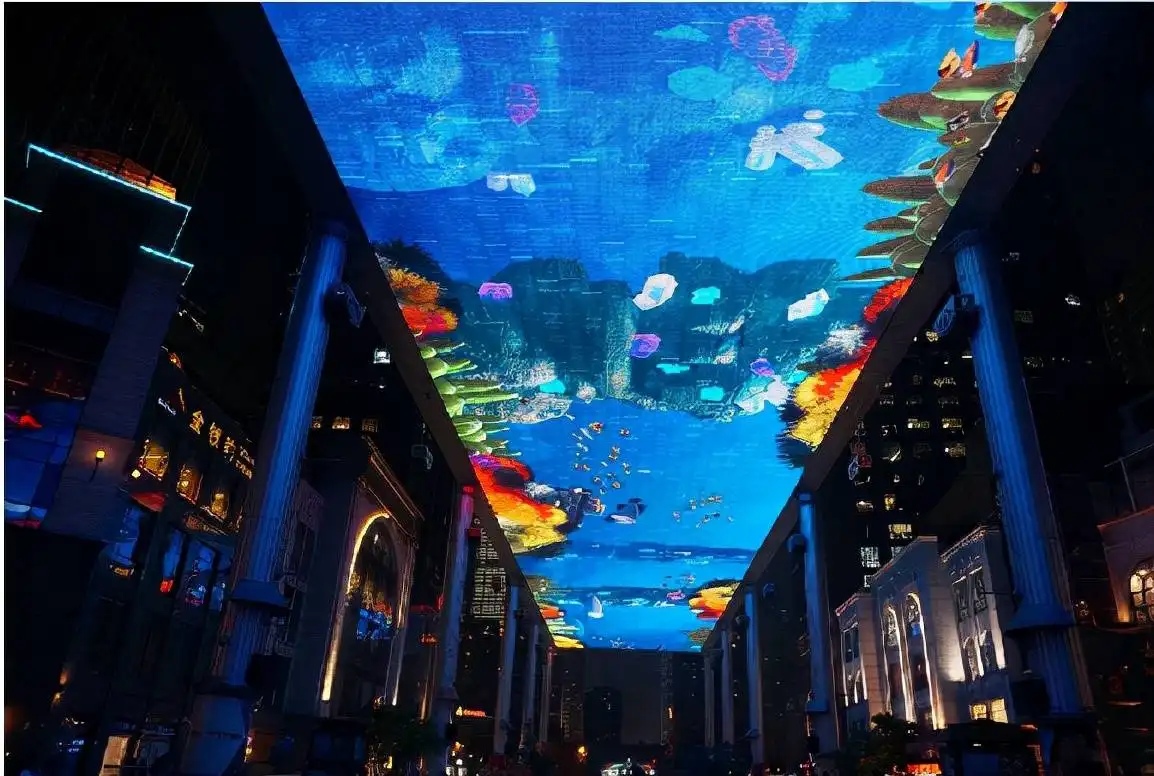 3.Wide application: The projection content of the folded curtain projection can be customized, which has low requirements for the installation environment and is suitable for various fields. 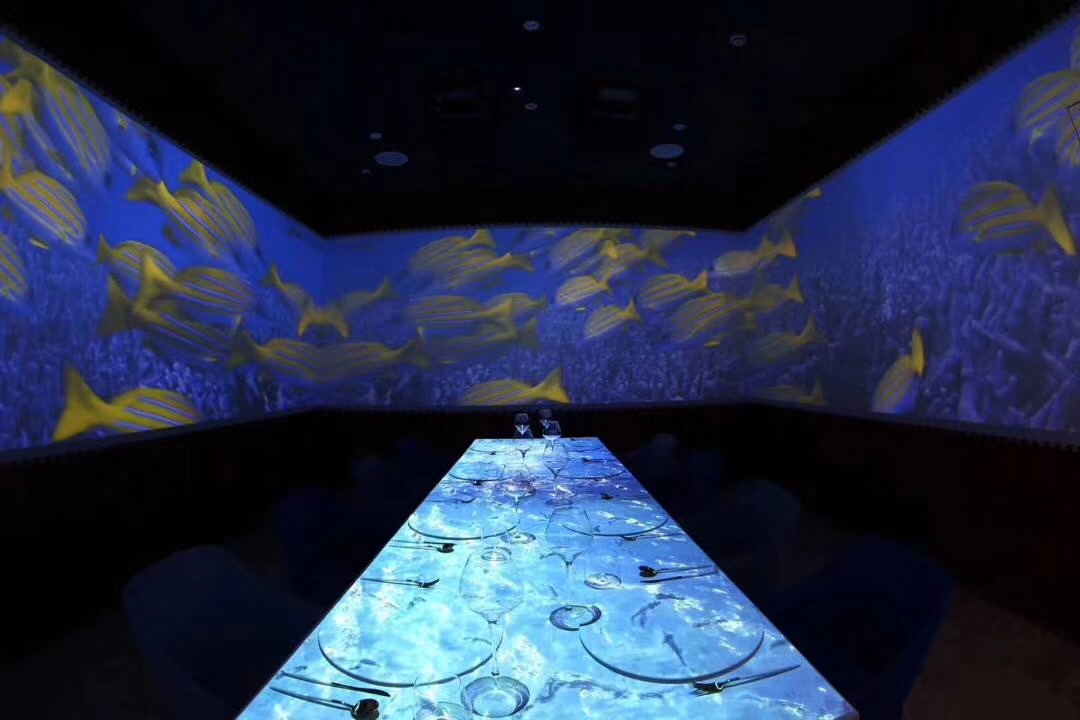